Our weekend was fun.

We had company, life long friends from NH, visiting us with only one thing on their agenda. They were coming down to fulfill one daughter’s wish.

The only thing on the “must do” for the weekend was to go to Carlo’s Bake Shop, of TLC’s Cake Boss fame.  Unfortunately, by 9am on Sunday the line was about 3 hours long. The cute young guy with the Carlo’s shirt told us that it would be better for us to come back in the morning and avoid the line. He said they open at 7am, so we need to be there by 6:30 to get in the front of the line. Okay, sounds good, so we decide to go make the best of the day. It was a GORGEOUS day.

A little stroll to the park in Hoboken. The views of the Manhattan skyline never disappoint.

Then we decided to check out Coney Island! Totally random and spur of the moment. A few tunnels and bridges later, we arrive.

My nine year old said she would go on the Cyclone before she had time to really process that she was going on a roller coaster.

You would’ve thought she was being murdered by the screams coming out of her little body.

Our friends took a turn and I got a picture of them (in the last seats).

We hit up some fun rides.

And some were just fun to look at!

Played some games… the men thinking they are strong.

The men even did that crazy ass Sling Shot ride where you get into this open metal ball and they bungee you up into the air like a rocket, and you fall back to earth spinning and then bounce back up again (and trying not to crap your pants).

We had a healthy lunch (ha).

We had a really good time, got too much sun on our shoulders, and we were totally exhausted.

And on Monday we all got up (9 of us) at 5am to get ready to go to Carlo’s. It was POURING RAIN. We pulled up, got the umbrellas out and made our way to the line that was forming.

My husband was annoyed we weren’t there by 7am and people were already in front of us. Like, 7 people. So what. The people ahead of us said they were told to come on Monday as well, one guy arriving at 6am to make sure he got a good spot. A few said they checked the hours online to be sure they open at 7am. But it was now almost 7:30 and the lights were still off. No cakes in the cases. I pull out the iPhone and Google the place. Says it’s open at 7, no word of any days being closed. Google “Carlo’s Bakery Memorial Day” and several pops of “Carlo’s is closed only 2 days a year: New Year’s Day and… MEMORIAL DAY”. Seriously?? Nobody was pleased when I announced what I discovered online. No sign in the window, no word on their website. What’s wrong with this place??

Our guest was crushed. Her idol let her down. The girls tried to be happy.

So we went to look at the Statue of Liberty instead.

And walk some more.

To try to cheer her up, we thought we’d get our nails done.

Disappointed again. Every nail salon we tried was closed too. Ice cream for everyone!

In the end, even with the disappointments, all of this ends on a positive note. We all had a great time hanging out. And our friends just have to come back to visit again! 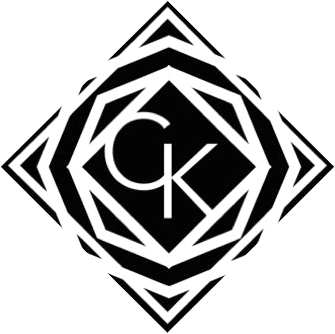